Join us for a day full of inspiring tales told by some of the best metro Atlanta storytellers.

Gwendolyn J. Napier: Known in storyteller circles as Miss LuvDrop, Napier heard stories from her mother as a child. Her mother would tell her stories for hours from memory about her childhood, family, and life. She was always reminded that storytelling comes from the heart and simply just be yourself. She is a member of several storytelling organizations. She focuses on creating stories that will keep audiences engaged through songs, drumming, movement, dancing, instruments, and props to make stories come alive.
luvdropproductions.com

Chetter Galloway: Animated, energetic, and enlightening best describe storyteller Chetter Galloway. He performs at various venues throughout the United States and is a member of Kuumba Storytellers of Georgia.

Audrey Galex
It’s been a while since Audrey Galex has told stories on stage: most of her storytelling takes place on television, where she produces documentaries, magazine programs, talk shows and exercise programs for the AIB Network. She’s currently in rehearsals for a one-woman show as Dorothy Parker, penned by the late writer-actor Gina Barrett. She also finds time to spin tales about her beloved grand-dogs, who love to run and play in DeKalb County’s Pendergrast Park. Join her to find out about their antics. 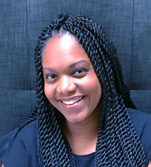 Nicki Salcedo
Nicki Salcedo is the author of a novel and three books of essays. She studied English and creative writing at Stanford University. Her work has appeared in the Atlanta Journal Constitution, Good Housekeeping, and on local newsblog Decaturish. 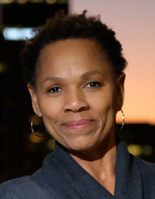 Derona King
Believing that every person has gifts and a unique story, Derona helps people share those gifts by connecting them with those stories. Derona is a self described wellness and nutrition geek. She is passionate about her family and her faith and is unapologetically having a good time. She is also the executive director of Citizen Advocacy of Atlanta & DeKalb, a nonprofit that gives people in local communities the opportunity to become involved in the lives of their neighbors who have developmental disabilities. 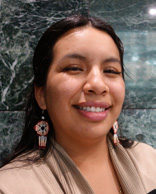 Gabriela Solis
Gabriela Solis is originally from Baja California, Mexico. She arrived in the United States when she was 4 years old and graduated from Phoenix High School in 2013. Solis became a Freedom University student in January 2018. 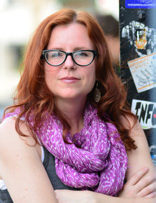 Shannon M. Turner
Shannon is a professional storyteller and story coach, as well as a radio show host, writer, dreamer, and nerd. She is the founder/creative director of StoryMuse, which provides story strategies, independent consulting, coaching, and workshops to individuals, businesses, organizations, and communities seeking to use true, personal stories for transformative potential.
storymuse.net 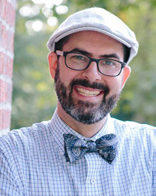 Jonah McDonald
When Jonah announced that he was going to walk from Maine to his new home in Atlanta, his parents scratched their heads. “But think of the stories I’ll have to tell!” Jonah said. He proceeded to hike all 2,172 miles of the Appalachian Trail and hasn’t stopped moving or telling stories since. Jonah has been selected to be a repeat performer at the Peach State Storytelling Festival and Tellabration! Atlanta. He founded the Stories Squared concert series in Decatur and has served on the board of the Southern Order of Storytellers.